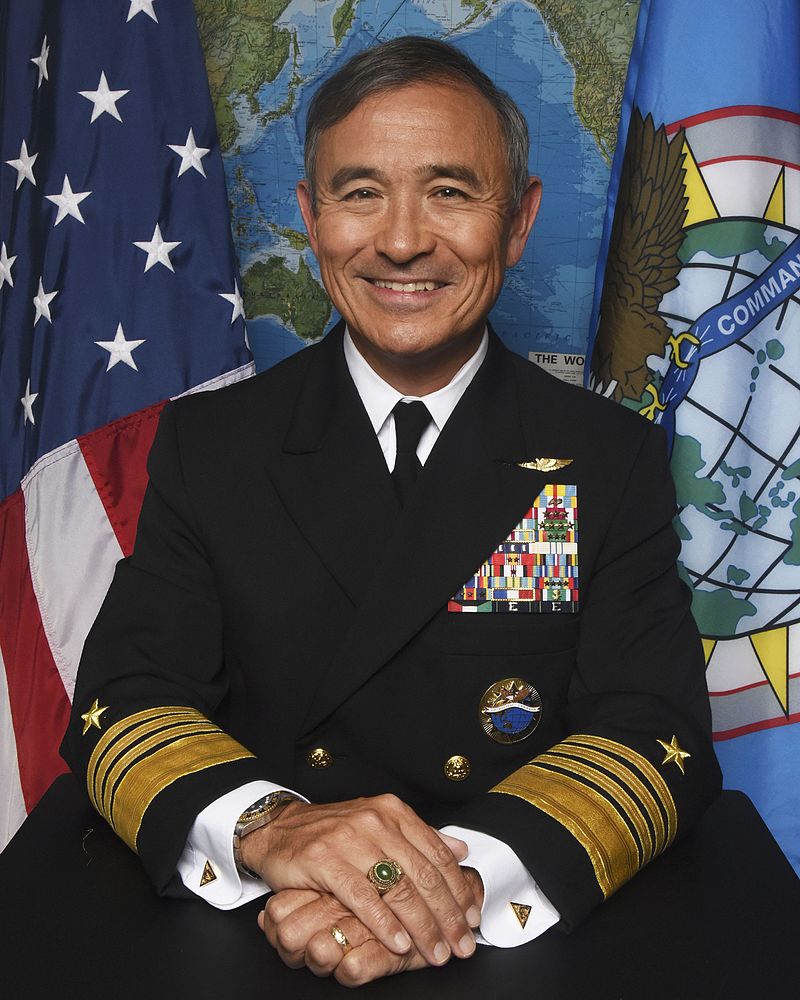 Admiral Harris assumed command of U.S. Pacific Command (USPACOM) on May 27, 2015. He is the 24th .Harris commanded VP-46, Patrol and Reconnaissance Wing 1, Joint Task Force-Guantanamo, the U.S. 6th Fleet, Striking and Support Forces NATO, and the U.S. Pacific Fleet.Harris has logged 4,400 flight hours, including more than 400 combat hours, in maritime patrol and reconnaissance aircraft including the P-3 Orion — he is the first Navy flyer from this community to achieve 4-star rank.

A new multipurpose training facility at the Bangladesh Institute of Peace Support Operation Training (BIPSOT) in Gazipur was inaugurated yesterday in support of the US State Department’s Global Peace Operations Initiative or GPOI program.

Before the call on, Admiral Harry paid tribute to the members of the Armed Forces, who embraced martyrdom during the War of Liberation in 1971, placing the wreath at the ‘Shikha Anirban’ at Dhaka Cantonment.

He is scheduled to call on Bangladesh Air Force Chief Marshal Abu Esrar at 9:45 am on Sunday at its headquarters in Dhaka cantonment.

The new $3.6 million multipurpose training facility provides the BIPSOT with a 750 seat auditorium and additional training rooms, and was part of nearly $5 million in US government assistance allocated to enhance Bangladesh’s capacity to effectively train and conduct United Nations and regional peace support operations, said the US embassy.

Meeting With Prime Minster of Bangladesh:

They exchanged greetings during their meeting and discussed on  bilateral issues. It is expected that this visit of the United States Pacific Command will play an important role for strengthening the existing friendly relationship between Bangladesh and USA.