A fleet of 16 Airborne Early Warning and Control Systems (AWACS) aircraft equipped with long-range radars and sensors will be in syria and middle east after october 2016 .
“We have defense ministers meeting here at the end of October, I think the hope is the mission will be underway at that time,” Alexander Vershbow said at a press briefing in Brussels, as quoted by Defense News website. Vershbow added that nations contributing personnel to AWACS aircraft had to put the issue before their national parliaments, which was going to happen in the coming weeks. 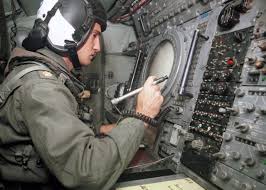 The US-led coalition of more than 60 nations has been conducting anti-Daesh airstrikes in Syria and Iraq since 2014. Daesh is outlawed in the United States, Russia and

The alliance organization first announced plans to use its AWACS in the fight against ISIS this July during the Warsaw Summit. However, operations have been held up as individual governments decide whether to give the green light to pilots and crew from their nation participating in the deployments.

“The nations who have personnel on those aircraft in some cases have to go through some clearance and parliamentary approvals,” Vershbow explained. “I think that should unfold within the next few weeks. We have defense ministers meeting here at the end of October, I think the hope is the mission will be underway at that time.”

The AWACS aircraft will not be involved in battle management because the organization is not taking part of the “kinetic aspects of coalition operations.” Vershbow declined to comment on where the aircraft will be based.

Earlier this year, NATO AWACS aircraft deployed to Konya, Turkey, as part of security assurance measures in light of increasing Russian activity along the Syria-Turkey border.