The nationalist prime minister of Japan Shinzo Abe won a historic third term by a landslide election victory. He secured  553 out of a total 807 votes seen as a sign of rising popularity of Japan Nationalist movement. The outspoken PM of Japan already criticized the military presence of the USA in Japan and now wanted to change the constitution drafted by US occupation forces at the end of second world war. 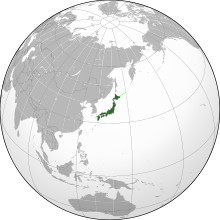 This election victory will help Abe to change the constitution, a step forward to the Dream of  Sovereign japan.

” Arranging an environment where all SDF personnel can fulfil their duties with strong pride is the responsibility of politicians living in the present. I am determined to fully carry out my duty.”

Abe has proposed an amendment that would retain Article 9’s first clause renouncing the right to go to war and a second clause banning a standing military while adding a specific reference to the “Self-Defense Forces” (SDF), as Japan calls its military.

The San Francisco Treaty officially declared an end to the war, required Japan to relinquish claims on other countries and territories and determined war compensation. Japan’s postwar constitution renounces the use of force in settling international conflicts, and limits the military to self-defense.  The SDF, established less than a decade after Japan’s World War II defeat, was once controversial, but is now widely accepted as Japan’s legitimate military.

In an event of  ” Restoration of Sovereignty Day”  in presence of Japan Emperor Akihito, he voiced his support for a sovereign Japan. Abe called for a renewal of a “sense of hope and determination” in marking for the first time the restoration of Japan’s post-war sovereignty

As the fallen superpower, Japan adopted a pacifist constitution drafted by the USA is Insult to the This proud Nation state. Still 50000 US soldier and thousand intelligence official now roam at Japan acting as an occupying army. The new Japan nationalist movement may lead to a Sovereign, Independent Japan.

Article 9 of the Japanese Constitution
(1) Aspiring sincerely to an international peace based on justice and order, the Japanese people forever renounce war as a sovereign right of the nation and the threat or use of force as means of settling international disputes.
(2) In order to accomplish the aim of the preceding paragraph, land, sea, and air forces, as well as other war potential, will never be maintained. The right of belligerency of the state will not be recognized.
After a period of occupation (15 August 1945 – 28 April 1952), Japan regained its so called independence. Japan is forbidden to have a military and to wage war by Article 9 of its Constitution, although in 1950, Japan took the first step of its postwar rearmament by establishing the National Police Reserve with encouragement from the Supreme Commander for the Allied Powers (GHQ). In 1954, the Japan Self-Defense Forces (JSDF) was created with standing armed forces, modern weapons, and material.

Deprived of any military capability after being defeated by the Allies in World War II and signing a surrender agreement presented by General Douglas MacArthur in 1945, Japan had only the U.S. occupation forces and a minor domestic police force on which to rely for security. Rising Cold War tensions in Europe and Asia, coupled with leftist-inspired strikes and demonstrations in Japan, prompted some conservative leaders to question the unilateral renunciation of all military capabilities. These sentiments were intensified in 1950 as occupation troops began to be moved to the Korean War (1950–53) theater. This left Japan virtually defenseless, vulnerable, and very much aware of the need to enter into a mutual defense relationship with the United States to guarantee the nation’s external security. Encouraged by the American occupation authorities, the Japanese government in July 1950 authorized the establishment of a National Police Reserve (警察予備隊Keisatsu-yobitai), consisting of 75,000 men equipped with light infantry weapons.[11]

Under the terms of the Treaty of Mutual Cooperation and Security between the United States and Japan, United States forces stationed in Japan were to deal with external aggression against Japan while Japanese ground and maritime forces would deal with internal threats and natural disasters. Accordingly, in mid-1952, the National Police Reserve was expanded to 110,000 men and named the National Safety Forces.[12] The Coastal Safety Force, which had been organized in 1950 as a waterborne counterpart to the National Police Reserve, was transferred with it to the National Safety Agency to constitute an embryonic navy.