“MiG-31 pilots practiced simulated aerial combat in the stratosphere, where the second crew acted as targets,” Pacific Fleet Air Force said in a statement, as cited by Interfax news agency. 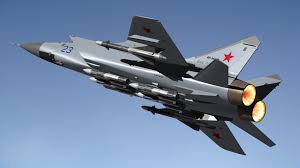 “The combat training mainly focused on practicing techniques of air combat using both offensive and defensive combat maneuvers at high altitudes,” according to the statement.

The aircrew of the MiG-31 squadron also simulated anti-missile maneuvers in the air and worked on stunts to gain more favorable positions in attacking a “hypothetical aggressor.”

The main challenge of flying in the upper atmosphere, or stratosphere, is the highly rarefied air. The planes reach altitudes of more than 10 thousand meters (32,808 feet), which reduces engine capacity and makes it harder to control the aircraft.

It can reach an altitude of 30,000 meters and is capable of shooting down even low-orbit satellites at an altitude of up to 120 kilometers (75 miles). It is also able to intercept targets flying at speeds of up to five times the speed of sound.

Kamchatka Region often hosts military drills. One of the country’s most important naval bases – home to a large portion of Russia’s Pacific Fleet – is located there. The Pacific coast base also contains the majority of Russia’s missile carrying nuclear submarines.