Captain Mohammad Zakaria is a former Bangladesh Airforce Squadron Leader, hailed as a Hero for landing a Boeing 737 aircraft without a Nose gear what saved 171 lives.

His excellent professionalism and ability to act in pressure saved 164 passengers and seven crew member.

He attended Bangladesh Air force academy in 1994 and obtained Bachelor in Aerospace (BSC) then joined the airforce. In the service from 1996 to 2001, he served as examiner of Antonov An-32 twin-engined turboprop military transport aircraft and flew various Military aircraft of Bangladesh airforce.

After leaving the airforce he was Captain & chief of safety at Bangladesh based regent Airways from 2011 to 2014 than  US Bangla Airlines 2014 to till now and flew The US Bangla Flight 141.

The US Bangla Flight 141

US-Bangla Airlines flight 141, a Boeing 737-800, departed Dhaka, Bangladesh at 11:48 hours on a domestic service to Cox’s Bazar. On approach to runway 17, the flight crew selected the undercarriage down, but the nose landing gear failed to deploy.

The aircraft was diverted to Chittagong Airport, Bangladesh after the nose landing gear failed to deploy while on approach to Cox’s Bazar Airport.

At 12:26 the crew executed a go around. The aircraft circled the field several times, but the nosegear would not deploy. The crew decided to divert to Chittagong Airport. 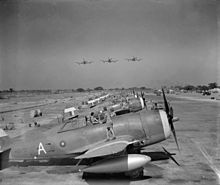 The airfield was built in the early 1940s under the British rule. Known as Chittagong Airfield during World War II, it was used as a combat airfield, as well as a supply point and photographic reconnaissance base by the United States Army Air Forces‘ Tenth Air Force during the Burma Campaign 1944-1945.